Tom Conlon (has the backing tracks for sale, too!)

By her own admission, she was an unlikely star who waited decades for her chance – and then became a figurehead for fans seeking true soul

For the people who like a wobbly g-string on their guitar to play more expressive I have three versions of the wonderful tune Claire de Lune by turn of the 19th/20th century composer Claude Debussy.

The first is a theremin version with the ultimate degree of pitch modulation.

The second is a violin version with the moderate pitch vibrato that the movement of the left hand permits.

The third and last version is played on harmonica and for me is the winner in the emotion (and sound) department.

So in conclusion: there’s more to an emotional sound than shaky pitch.

Sven Kirsten compiled a magnificent collection of tunes to pull you in. 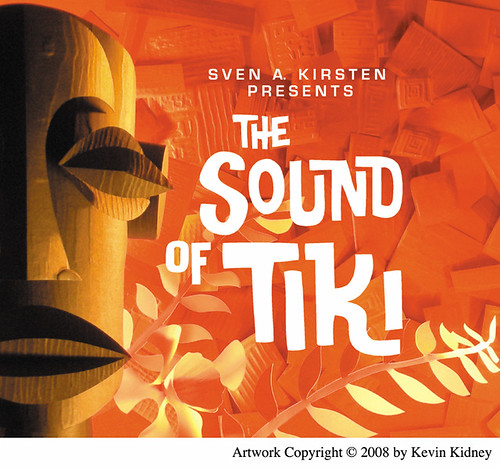 On Saturday, June 27 at 7:00pm, The Retro Cocktail Hour blasts off on KPR stations with a night of ‘outer space exotica’, featuring music from such memorable albums as Les Baxter’s Space Escapade, Fantastica by Russ Garcia, Music Out of the Moon (featuring the theremin!), Music for Heavenly Bodies (with the electro-theremin) and many more.

As a preview, check out the NEW album cover gallery, featuring images from some classic outer space records of the 1950s and ’60s.

And please join us in orbit for The Retro Cocktail Hour – Saturday, June 27 at 7:00pm on KPR stations (and available on-demand soon after at the RCH website).Les Baxter’s ‘Space Escapade’

Many more images available at our new cover gallery!

Hi every one!
Here are the latest tour updates… Who: The Waitiki All-Star Exotica Septet

Waitiki’s next show will be on President’s Day (Monday, February 16) from 7-9PM sharp! See our All-Star Exotica band make its first performance in the northeast at The Lily Pad [1353 Cambridge St., Inman Square].

Suggested donation is $10; All ages are welcome (bring the kids or your folks—it’s all music; finally, no burlesque or anything risque!).

This is the same band that played its European Debut last July at the Wassermusik Festival in Berlin, Germany, and its American Debut at the Celebration for the 500th Retro Cocktail Hour show last November!

Your favorite classic exotica tunes… your favorite Waitiki hits… brand-new arrangements and newer-than-new originals—hear them all at The Lily Pad show. Following us at 10 pm is The Fringe, the avant-garde jazz trio led by tenor man George Garzone.

The next day we record the long-awaited Waitiki All-Star Exotica Septet album!! Hope to see you there!!!!

When I was asked to DJ Exotica music on a boat recently I had to burn some vinyl of mine to CD. So I could see the sound waves and made two screenshots of the perfectly mastered Arthur Lyman album Bahia.

The reason I chose this one was that the loudest and first track I ripped peaked at 0dB without the limiter catching it. I just left the dials to their own devices and hoped I can capture the entire album with this “magic” setting. It was just plain luck. So I ripped this particular vinyl record without any additional limiting or compression, peaking at 0dB and all the music of that album perfectly relative to that peak.

When you see the soundwaves you will recogn that each one has got its own shape. This means that the creativity of the musicians is reflected in the volume at any given point in time, allowing for drama, surprises and expression. Sure there was some kind of processing going on even in those days, but it was to get a good, hi-fi sound at the end-consumer, with the goal being a natural room impression – heavy compression doesn’t allow that. See that one very quiet track – it’s meant to be that way. How they made it? They played their instruments softer. You have to be quiet yourself to clearly hear it, you start interacting with the music.

It all made me realize on a new level, what beautiful works of art music masters can be.

Here are two Heavy Metal soundfiles for comparison. It’s the same track, the upper, more dynamic one was given to a game company, the lower one is from the CD album. Wether this was a mistake or the less dynamic sound was considered more desireable I don’t know.

related posts:
Turn Me Up! | Bringing Dynamics Back To Music
Loudness Wars Explained

I’m a really unlucky fela with my internet service provider (Freenet). Since about a month or so I can’t listen to Luxuriamusic.com anymore. I can tune-in via iTunes as usual, but the stream re-loads at least every 20 seconds. It’s insane. I would do everything I can to support them, except report on shows I have heard – just because that’s not possible for me anymore… They have such great people, who really are into the best music that deserves a place in the spotlights, if not the sun.

If somebody in Germany still can get their program as before, I would be really interested in the kind of connection that you have. Please, please leave a comment here and help me find out what’s wrong. Possibly it’s iTunes, maybe I can listen via VLC Player or something else? I’d appreciate any helpful advice or even just an explanation why I’m having this annoying tech problem.

Here’s the latest news from Luxuriamusic.com (for those happy people who can get it alright):

Had he not passed away earlier this month, Louis Teicher would have turned 84 on Aug. 24. In this Sunday’s special Beyondophonic Action Hour, F&T’s long-time manager Scott W. Smith will join your host Tothar to celebrate Mr. Teicher’s legacy.
Via phone, Scott will share swell stories about the twin piano team, including an inside scoop on the duo’s dazzlingly visionary and futuristic ‘prepared piano’ recordings. (Tothar sez, ‘Ten of the most uniquely innovative, ingenious LPs ever made.’) Tothar and Smith will also share some of the F&T tracks that most left them awestruck.

PLUS, the Lux F&T memorial extends at 8pm PST/11:00pm EST with a rebroadcast of a 2001 LuxuriaMusic interview with Ferrante & Teicher conducted by The Millionaire!

Check out http://www.luxuriamusic.com for some jaw-dropping YouTube footage of F&T performing their ‘prepared’ technique live on the Ernie Kovacs Show. Remember yesterday’s Sound of Tomorrow this Sunday night at 7:00 PST/ 10:00 EST on LuxuriaMusic Internet Radio! Please spread the word to anyone you think should know about it! – Michael ‘Tothar’ Toth