Source: Could these flip-flops save the earth?

Johhe rules the dancefloor at the Jam Jam club in Kobe. He spins, shuffles and launches a series of high kicks: his baggy trousers billowing as he syncs his moves to the steady tempo of singer Luther Ingram’s 1967 non-hit If It’s All the Same to You Babe.

Source: Inside Japan’s northern soul movement: Where UK’s retro music rules below the streets of Kobe | The Independent

Nestlé continues to pump millions of gallons of public water from public land, claiming it’s their right. But can they prove it? Sign the petition now!

Source: Oil and Plastic Are Choking Planet Earth: We Have to Stop Pretending This Isn’t a Problem | Alternet

The story of how I discovered the Morro Bay Skateboarding Museum may be one of the most odd coincidences I’ve experienced in my skateboarding career, so far.Pi

Source: Why is it Every Time We Turn Over a Pirate Rock White Nationalists, Nazi’s and Bigots Scurry Out? | The Trichordist These shoes are made of pineapple leaves

A Dude is wearing Vans in France in ’67. The Osage tribe in Oklahoma became spectacularly wealthy in the early 1900s — and then members started turning up dead. David Grann’s Killers of the Flower Moon describes the dark plot against them.

Source: In The 1920s, A Community Conspired To Kill Native Americans For Their Oil Money : NPR

The fundamental unit of biology is not the self, but the network — and this view has practical consequences, says David George Haskell, author of The Song of Trees. Our planet’s temperature is rising, but there are things you can do to help.

Stopping global warming is only way to save Great Barrier Reef, scientists warn Can you sing a song from a Marvel film score?

We have an anonymous army of unpaid, unsupported kids who are always better, always improving, and making movies that are weird and innovative and sometimes just astoundingly good theater.

Quelle: Making up Legends in the Era of Zero Budget Skateboarding

“I stand with the Standing Rock Sioux Tribe in their opposition to the Dakota Access Pipeline. We have witnessed inspiring and brave acts by Native Americans and their allies who are defending and trying to protect their sacred sites and the safety of their sole source of water.The fossil fuel industry – and the owners of the Dakota Access Pipeline in particular – have been proceeding with what appears to be a dangerous project in blatant disregard of obvious risks to the Missouri River and with disrespec

Last year a company set up by an Italian former scuba recycled more than 5,000 tons of discarded nets into nylon for apparel brands including Speedo

Unprecedented DNA analyses of people in indigenous populations suggest that almost all non-Africans trace their roots to one migration from the continent.

The ocean conservation society last week completed its first-ever expedition to document the richness of habitats and threats to marine life in waters off the Netherlands, UK, Norway and Denmark 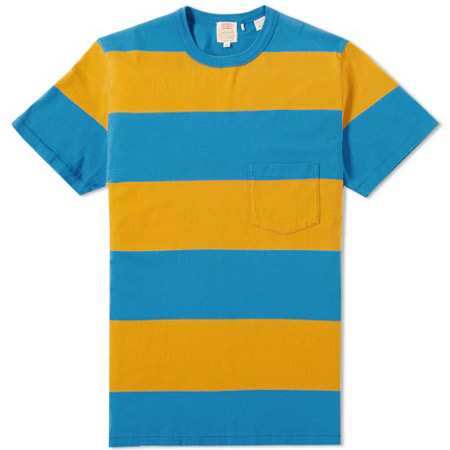 An international trade deal being negotiated in secret is a “turbo-charged privatisation pact” that poses a threat to democratic sovereignty and “the very concept of public services”, campaigners have warned.

Source: The new TTIP? Meet TISA, the ‘secret privatisation pact that poses a threat to democracy’

The Portuguese government has authorized some companies to prospect for oil & gas in Algarve, the southernmost region of Portugal

Source: Keepers of the Coast – Offshore oil and gaz drilling projects in Portugal

Source: Surfrider Foundation To Host “Two Coasts: One Ocean” In Montauk And Malibu | Out And About | For The Cause

Most cities are indigenous, insofar as they are built on the lands of dispossessed first peoples. Paul Daley, Guardian Australia’s leading voice on Indigenous history, explores whether a city’s ‘indigeneity’ is just a matter of population – or if culture and equality count just as much

Source: Which is the worlds most indigenous city? | Cities | The Guardian