Changing Angles is an interesting site concerned with analyzing various aspects of skating. Regarding the geometry of skateboard trucks the author is very thorough. What I didn’t find yet is where he discusses horizontal bushing compression, which appears to be part of the feel of a truck – hence “wrong” pivot axle/cup angles and large kingpin holes in the hangers as a design landmark for decades. Trying to force this design into a non-slop one will eventually destroy the pivot and cup, as he already documented himself (see figure about spherical bearings). 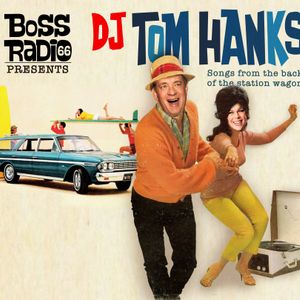 Songs from the Back of the Station Wagon #1

Here’s a link with the related subject of Ghandi and the struggle in India: 129 of Gandhi’s speeches on India and self-rule

Bill Wurtz made this fun and informative 9-minute history of Japan.

Intelexit — The backdoor to democracy

Intelexit is an initiative that helps people leave the secret service and build a new life. It is civil society’s response to the lack of oversight and undemocratic practices of intelligence agencies.

Source: Intelexit — The backdoor to democracy

The Thrill is Gone Documentary about Will Viharo

I just watched this. It’s really interesting. Trust me.

Kon-Tiki was Just a Tiny Part of the Story

I can’t get enough of this stuff. Reading every book by Thor Heyerdahl I could find, gave me an idea of his theories concerning the ethnologic history of the Pacific. What I didn’t know was that more and more interested people keep coming up with theories and evidence strengthening the hypothesis. With today’s genetic proof the plot thickens quite a bit. This is my real nerdy side I guess. Too bad Heyerdahl passed in 2002, oh well …

Some Background on the Harappa People

However, Thorsby’s findings don’t mean that Heyerdahl’s ideas have been vindicated. The first settlers to Polynesia came from Asia, and they made the biggest contribution to the population. ‘Heyerdahl was wrong,’ Thorsby says, ‘but not completely.’

What??! I don’t recall reading one single line by Heyerdahl that suggested exclusive colonization of Polynesia from South-America. Contrary – during Thor Heyerdahl’s lifetime – it was the established scholars who claimed exclusive exploration of the pacific islands eastward, from Southeast Asia. Despite the abundance of confirming findings – in biology, anthropology, nautical science and archeology – that he presented. In Indians and Old Asians in the Pacific he explained the Japan Current and the likely connection between East Asia and the American Northwest. Further, the ethnographic connections of the Northwest, Hawai’i and New Zealand Heyerdahl drew, have now been confirmed by fellow scientists, as displayed following the links above.

Speaking of Asia as a place of origin, the Southeast Asia theory of old, viewing the Lapita Culture as the ancestors of the Polynesians, has been replaced with Taiwan (through Heyerdahl’s Japan Current) – even by today’s academics. Putting Lapita on the western border and Taiwanese descendents at the center of Polynesia.

Not only have natural catastrophes changed the course of history, but there is much that has been lost to conquering tribes. This is not to say the defeated did not contribute to the resultant culture. Their language and history may have been lost, but genetic and cultural elements of that pre-existing culture remain. The victorious tribe does not make an effort to tell the history of the vanquished, but they glean what they can use and trash the rest. Therefore when attempting to use language to trace the history of man, we must remember it will only tell us half the story.

The Polynesians are the product of many encounters, with tribes of differing backgrounds, that is why their early history has so many conflicting stories. It is also why they are culturally rich. They did not come from one place, but they came from many places. They as a culture were created in the Pacific.
The Polynesians are a combination of fragments of civilizations from both east and west, with a history going back a very long way. The Hawaiian genealogy goes back to Lai Lai who existed 16,000 years ago, but unfortunately such stories have, sadly, been passed off as mere folklore.
Due to their isolation, people on the scattered isles of the Pacific have retained cultural traits from their ancestral civilizations. Isolated island communities are in some ways veritable time capsules of past civilizations, with certain belief systems dating back over 12,000 years. By comparing cultural traits throughout the region and identifying what they have in common, we can start to build up a picture of what these ancient civilizations were once like. To ignore these connections is to ignore a veritable treasure trove of information. I have merely scratched the surface in this article and much work is yet to be done. Unfortunately 140m of water, tens of metres of sediments and the passage of time make it very hard to piece together this most interesting period of human prehistory.

Quote from Conclusion by Peter Marsh